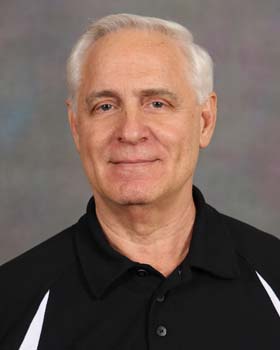 Richard Schmidt is in his 40th season as the University of Tampa head men’s basketball coach, where he has led the Spartans to a total of 30 winning seasons. The UT Athletic Hall of Fame induction in October 2004, Schmidt received the much-deserved reward after more than two decades of success and contributions to the basketball program.

Winning his milestone 700th career game in 2018, Schmidt became just the third active coach in NCAA Division II to accomplish the feat as he also became the eighth coach in D2 history to reach 700 wins.

Schmidt became the fourth active NCAA Division II coach and 12th overall to reach 600 victories as his Spartans defeated the University of Puerto Rico-Bayamon by a 53-44 score on Nov. 26, 2011, in a game played at Eckerd College. He notched his 600th Spartan victory during the 2013-14 season with a 64-49 triumph again at Eckerd.

While serving as the head coach at Vanderbilt for two seasons from 1979-81, Schmidt guided the Commodores to a sixth-place finish in the SEC in his first season. Highlighting his rookie season campaign were victories over LSU, Auburn, Florida, Mississippi State and Georgia. In his second season at Vanderbilt, Schmidt led his team to a 60-55 victory over Kentucky in the SEC Tournament before falling in the SEC Finals to Mississippi State. The 1980-81 season featured victories over notable opponents including Iowa State, Memphis, Alabama, Georgia, Auburn and Florida.

Schmidt came to Tampa in 1982 to resurrect a program that had been dormant for 13 years. His first season (1983-84), he took a starting lineup of one junior and four freshmen and won the Sunshine State Conference tournament and the accompanying bid to the NCAA Division II tournament, en route to a 20-11 season. It was the first time in NCAA history that a first-year team (in any division) made the national tournament. His teams have made 14 NCAA Tournament appearances, including the 2001 season, when he guided Tampa to the NCAA Final Four, where the Spartans fell to national champion Kentucky Wesleyan by one-point in overtime. The following season, in 2001-02, Schmidt guided his team to a 26-3 overall record while tying his school record for victories in a season with the 1986-87 and 1989-90 squads.

A 1964 graduate of Western Kentucky University, Schmidt began his playing career at Westport High School in Louisville. In 1969, he became head coach at Ballard High School where he built a dynasty for the next eight years. Twice voted Kentucky’s outstanding high school coach and three-time Louisville prep Coach of the Year, Schmidt led Ballard to a 183-32 record during his tenure. His teams earned six district titles in addition to the 1977 Kentucky State Championship. In all, he sent 21 players to college on full scholarships.

After winning the state crown in 1977, Schmidt moved to the collegiate coaching ranks as an assistant to Terry Holland at the University of Virginia. The Cavaliers participated in the National  Invitation Tournament in each of his two seasons (1978-79) at Virginia and compiled a record of 39-18.

A professional aviculturist, Schmidt breeds exotic birds (some of which he’s sold to Wayne Newton) and keeps well over 100 in his backyard aviary. Recognized worldwide as an expert in the field, Schmidt’s interest has taken him to China and Indonesia.

Richard is married to Mary Jo and they have two children, Steven and Staci, and seven grandchildren.